John Aubrey: My Own Life 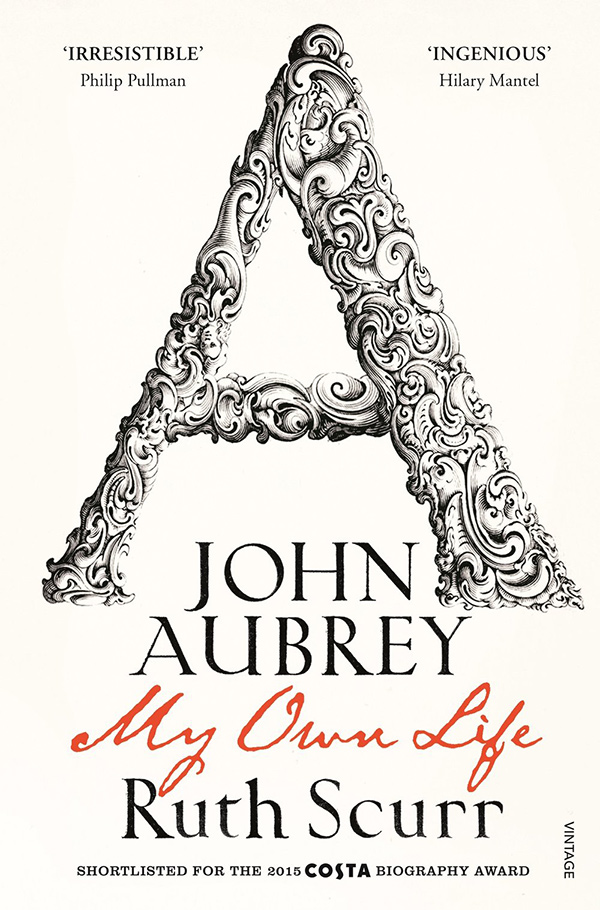 SHORTLISTED FOR THE 2015 COSTA BIOGRAPHY AWARD

This is the autobiography that John Aubrey never wrote.

You may not know his name. Aubrey was a modest man, a gentleman-scholar who cared far more for the preservation of history than for his own legacy. But he was a passionate collector, an early archaeologist and the inventor of modern biography.

With all the wit, charm and originality that characterises her subject, Ruth Scurr has seamlessly stitched together John Aubrey’s own words to tell his life story and a captivating history of seventeenth-century England unlike any other.

'A game-changer in the world of biography' Mary Beard

Another writer of brief lives, Lytton Strachey, feared that in our modern civilization John Aubrey would 'never come into existence again'. But that is exactly what he does in Ruth Scurr's absorbing and imaginative biography. In these pages his purchase on posterity returns with all his ingenious visions and impulses. Scurr is no less a pioneer biographer than Aubrey himself. -- Michael Holroyd

My Own Life is light, ingenious, inspiring, a book to reread and cherish. The vigour and spirit on every page would delight John Aubrey, that most individual of thinkers and writers, who has found a biographer of originality and wit. It is reverent, charming, poignant: it is made of the same ingredients as its subject. -- Hilary Mantel

An audacious and successful attempt to write a biography in the subject’s own words. Scurr has ingeniously edited Aubrey’s swift, vivid prose into a coherent account of the life lived by one of the most interesting (and interested – in everything) writers of our most exciting century, the seventeenth. Irresistible ― Guardian

Writing a biography of a biographer that doubles as an experimental analysis of biography itself is a formidable and astonishing achievement. That it is also profoundly affecting is what makes John Aubrey: My Own Life a triumph -- Stuart Kelly ― The Times Literary Supplement

In an act of daring ventriloquism, Scurr here tells Aubrey’s life story in his own words, stitched together from his scattered manuscripts. The result is a triumph of historical imagination, as vivid and endearing as its subject’s own -- Kathryn Hughes ― Guardian

Scurr confidently walks an imaginative life between historical fact and fiction. Her Aubrey – curious yet self-effacing- is a very English hero ― Sunday Times